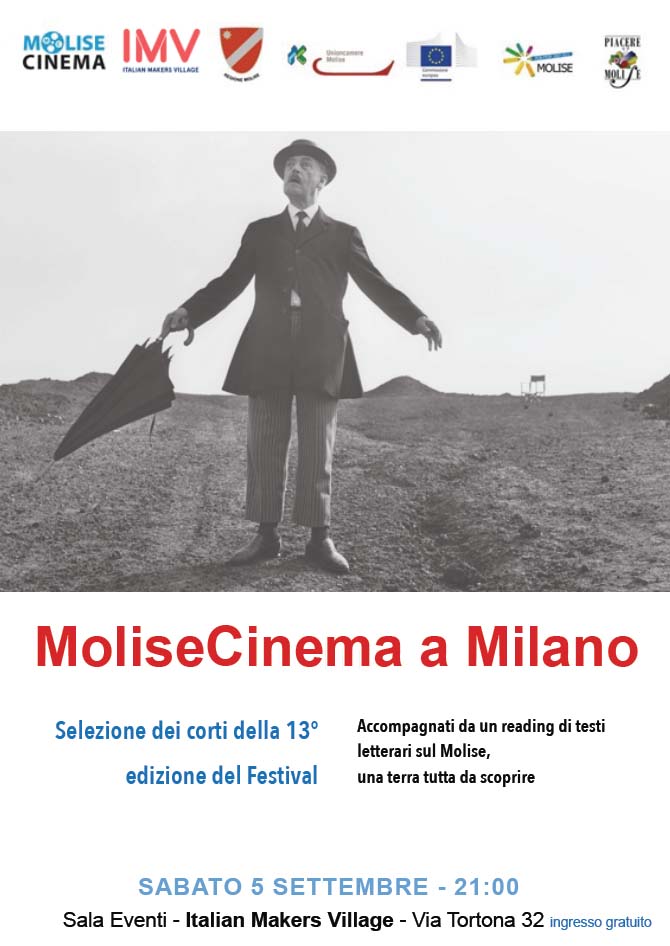 The Festival and the cultural association MoliseCinema were born in 2003 with the aim of bringing back cinema to small villages, especially in the small region of Molise. The FEstival promotes new productions, directors and languages and organizes every year four competitive sections: international shortfilms, Italian shorts, documentaries and feature films (first and second works). Many Italian and international directors, actors and producers attended the festival in these 13 editions. Among the others, in 2015 MoliseCinema welcomed: Nanni Moretti, Edoardo Leo, Riccardo Rossi, Vishakha Singh, Flonja Khodeli and Stefano Fresi. The Retrospective this year was dedicated to Pier Paolo Pasolini, with a rich selection of his films. Moreover, thanks to the partnership with Centro Sperimentale di Cinematografia – Cineteca Nazionale, MoliseCinema hosted the exhibition “Pasolini sul set” with unpublished photgraphs of Pasolini as actor and as director.