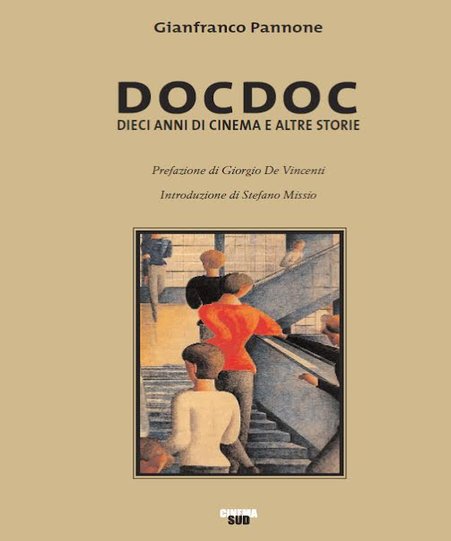 Ten years of film and television told by Gianfranco Pannone, for the magazine the documentario.it. Reflections, critical notes, reviews, without ever forget that the “cinema of reality” also feeds on culture, history, politics, as well as the life of every day. The eye of the author moves along a difficult decade but always fascinating, that of the early 2000s. Recurring themes of Pannone, culture for all, the complex relationship between cinema and reality, a renewed policy of the authors, but especially the desire to live in a better country.

Gianfranco Pannone (Napoli 1963) lives in Rome. He is author for cinema and teaches Documentary Direction at DAMS in RomaTreUniversityand at CSC Centro Sperimentale di Cinematografia, where he graduated in 1990. His first work is Piccola America, with whom he became known in Italy and Europe. Between 1995 and 1998 he completed his “American Trilogy” with Lettere dall’America and L’America a Roma. His work includes Latina/Littoria (2001), Pietre, miracoli e petrolio (2004), Io che amo solo te (2005), Scorie in libertà (2011) Ebrei a Roma (2012) which got attention and recognition in Italian and international festivals. Toghether with M.Balsamo in 2010 he wrote L’Officina del Reale (Edizioni Cdg).